All matches in the tournament will follow the point table below

Some rounds in the tournament format are BO2, BO3 etc. Following map sequence is used for rounds which consist of more than 1 match:

- Qualifiers will be hosted in 100 partner guilds based on their guild strength as shown below:

Complete Tournament Format is displayed below: 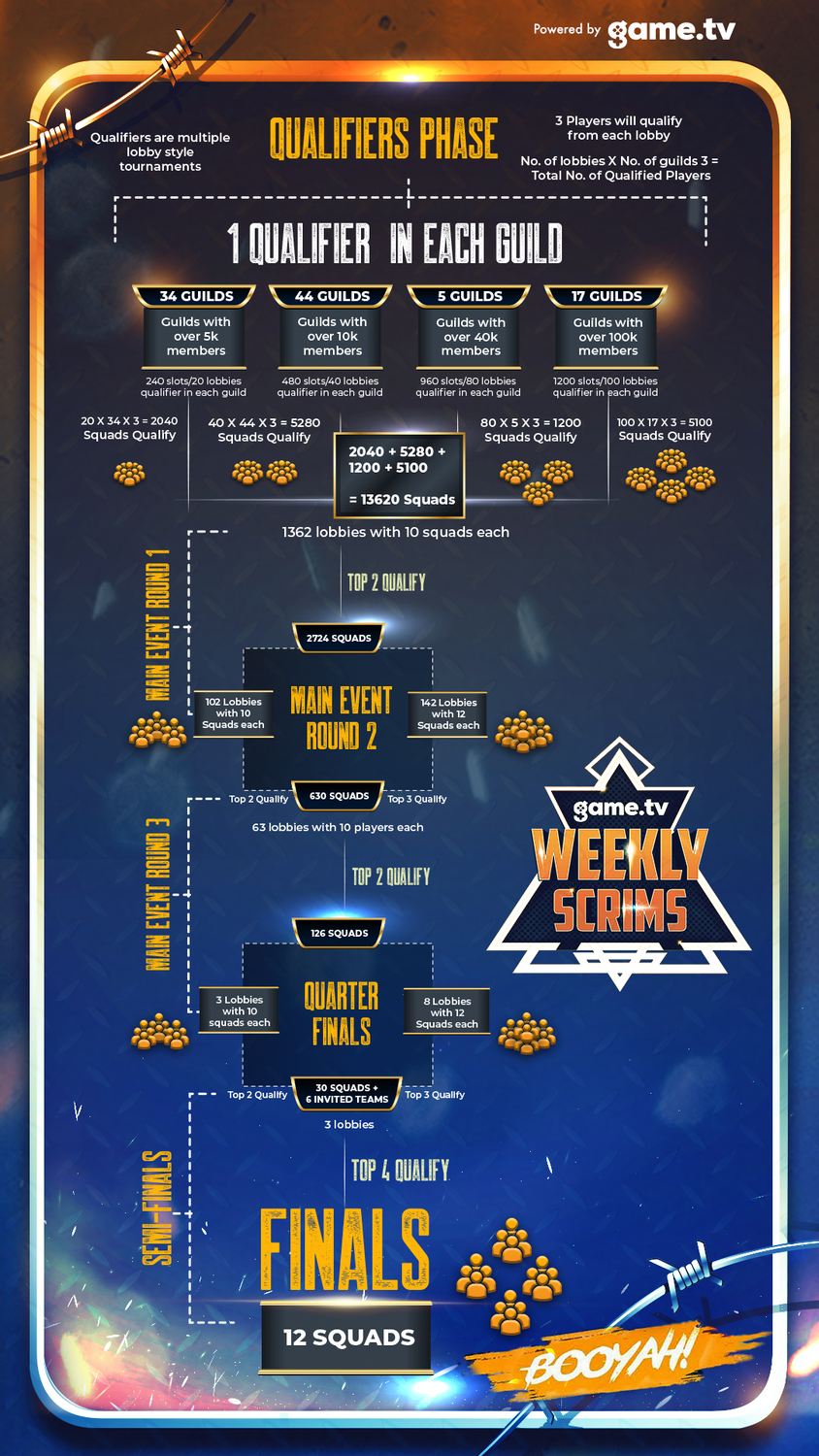 Since this is an online tournament, it is not possible to account for all the mishaps that might occur during the tournament. Hence the admin team can add new points to this ruleset based on real-time events.