A Review on Corsair Obsidian 1000D 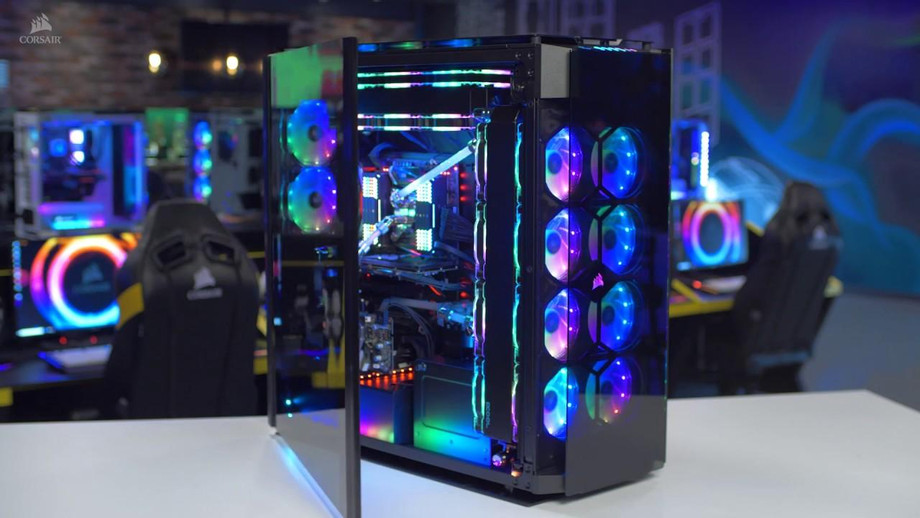 The new Obsidian 1000D Super-Tower PC Case from Corsair is the most ambitious and biggest case ever for the motherboard of your gaming PC. The case is very big, as its name suggests. It's so big that it can hold both an E-ATX and a Mini-ITX system simultaneously - two motherboards, two power supplies, and two entire PCs in one case. However, it's not only about how much can fit on the inside that makes the case.

Brushed metal exterior design and four smoke tempered glass panels assist give the Super-Tower a premium look that may be the focal point of an enthusiast project. Inside, the dual-system, three-chambered architecture is intended to accommodate some of the most ambitious and powerful PCs conceivable.

The chassis measures a whopping 27.3” x 12.1” x 27.3” (LxWxH), greatly outstripping the 900D from years ago. The whole case weighs a whopping 65 pounds when empty, making this thing a little difficult to carry about, I'd imagine. The smoke-coloured tempered glass panels on the case's exterior provide a touch of class. There are brushed metal accents on top (the two surrounding panels) where there isn't glass, contributing to the overall high-end feel.

The louvred top is lifted off the chassis, enabling air to escape, but not necessarily freely. There's plenty of space in front for intake, thanks to the large dust filter (additional dust filters on the back, top, and bottom), so airflow shouldn't be a problem. To bring cold air into the chassis, the chassis accommodates eight fans upfront (for a total of 13).

There are a total of seven PCIe expansion slots on the rear panel, nine if you include the vertical GPU mounting area (video card can be mounted either way). The two power supplies, as well as a Mini-ITX sized motherboard, are located towards the bottom. Both glass side panels have rear hinges that open for easy access.

The front panel is packed with contemporary features, including two USB 3.1 Type-C connectors (a rarity these days) and four USB 3.0 ports for various USB storage choices. The power and reset buttons and 3.5 mm plugs for headphones and microphones are among the other buttons and ports. The power button and all USB ports have RGB LED illumination in them, unique to the 1000D and something I've never seen before in a chassis.

Users may utilize the iCUE software to manage up to six PWM fans, and two RGB LED strips using the inbuilt Corsair Commander Pro fan and lighting controller (placed on the motherboard tray). There are four temperature sensors on the controller and the connectors for the front panel USB 3.0 ports.

The Corsair 1000D is a true beast of a case, with enough room for TWO systems, enough storage for BOTH, and an integrated fan and RGB controller. While beauty is subjective, the tempered glass panels and brushed metal accents give the casing a premium appearance to your gaming PC. With its high-end appearance comes a high-end price. The 1000D is currently available at Amazon and Newegg, among other online retailers.