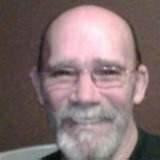 “I am certainly thinking about it and we’ll see,” Trump told Fox News in an interview. “I think a lot of people will be very happy, frankly, with the decision, and probably will announce that after the midterms.”

While Trump has repeatedly hinted at a comeback campaign in 2024, he equivocated in his interview with Fox News, saying that just because he’s considering another presidential run, it doesn’t mean that he’s already committed to one.

“It doesn’t mean I will,” he said. “It’s probably appropriate, but a lot of people are waiting for that decision to be made.”

Trump’s floated the idea of another White House bid since he left office in January, suggesting in interviews and other public appearances that his supporters will be happy with his ultimate decision.

And despite being banished from social media sites like Twitter, he’s sought to stay in the political fray by issuing endorsements and holding campaign-style rallies — perpetual reminders of the influence he continues to wield among the GOP’s conservative base.

But Trump’s suggestion that he may wait until after the 2022 midterm elections is likely to come as a relief to some Republicans, who feared that an early campaign announcement by the former president could give Democrats a powerful talking point next year.

The GOP needs to net just five seats in the House and only one in the Senate to recapture control of Congress next year. The party is also celebrating after notching a string of wins or closer-than-expected losses last week in key off-year races in states like Virginia and New Jersey.

Those elections saw the party win back some of the suburban and independent voters that they lost during Trump’s tenure in the White House, raising questions among some Republicans about whether the former president is as powerful a surrogate as once thought.