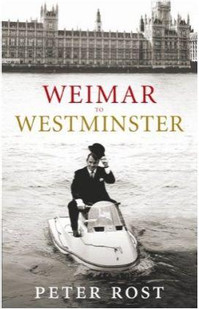 Peter Lewis Rost (born Otto Ludwig Peter Rosenstiel in Berlin, 19 September 1930, is a retired British Conservative politician who served as a Member of Parliament (MP) from 1970 to 1992, and was a member of the Energy Select Committee. He was one of the founders of the Anglo German Parliamentary Group, which promoted good relations with the German Parliament. He instigated the annual conferences with German Parliamentarians, the first conference being held at his Hertfordshire home.

See his story here by Wikipedia

These thoughts are extracted from my tribute to Irena Sikorska, our neighbour,  who passed away on June 13  2012.