A complete artist who wants to be international. Many tours have forged an extravagant spectacle that captivates its world, from the smallest of spectators to the oldest. 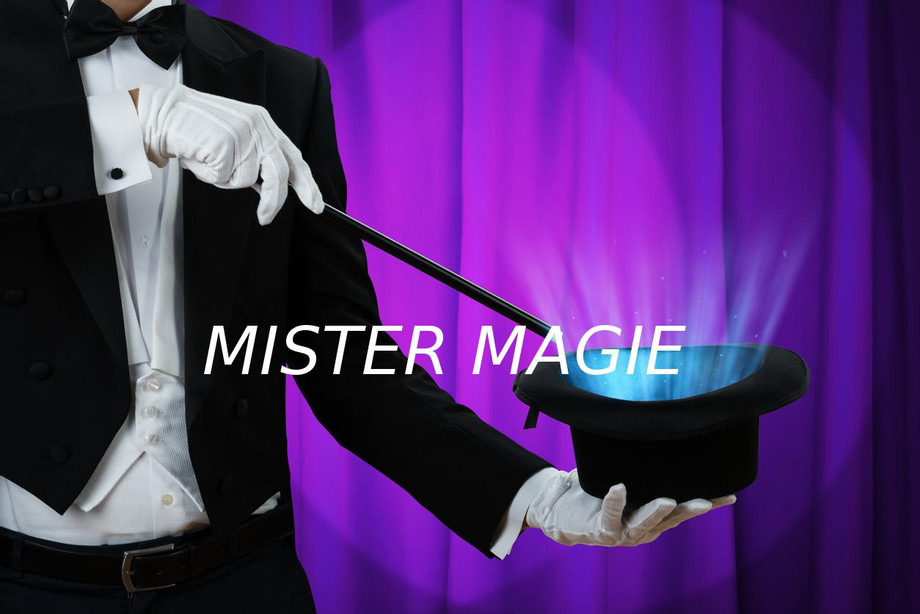 A cabaret and stage artist, Mister Magicien is also aimed at children, this funny character in the green shirt has developed. Currently, his unusual intervention in children's magic is called “Touching the Magician”. With this animation for children, Mister Magicien performs in several cultural seasons all over France.

His magic is mixed with humor, tenderness and responsiveness with young audiences. Lots of colors to attract and hold the children's attention during his show. A moment perfectly imagined to please children, a pure moment of wonder.

Coming out of his show, we see the children who leave looking amused and elated by the dream that this moment of magic could produce. The children's magic show is recommended from the age of three. The texts and tours are suitable for this young audience. Unfortunately, Mister Magicien's program cannot be played in early childhood nurseries.

Mister is also shows for birthdays, baptisms or any other party. A successful party for children, let's have the right reflex, let's call on this artist, with a flick of his wings he will be able to forget the everyday. Envelopes the audience with communicative energy. A real moment of happiness.

With a degree in psychology in hand, Mister Magie has always practiced magic in parallel. At university between two lessons, he often showed his skills to his classmates by performing 2 or 3 card tricks. Then one day an opportunity came to him in a meeting which he made and which allowed him to put the 2 feet in this particular universe which is magic.

During the funeral of his life as a boy scheduled in a Parisian cabaret, he met the magician of the place. There followed a weekly meeting where the 2 magic enthusiasts exchanged their tricks. The things being, the magician of this cabaret gave up his place in the profile of "Mister Magie" ..

The year 2000, was also happy in event, hardly changed century that the wife of Mister Magie, Elodie gave birth to 2 twins. The family then grew. The arrival of these children allowed this conjurer to begin learning childish magic. There is no better public than those close to him which allowed him to break in, to refine his shows in peace.