5/12/2008: GRU's Ed Regan Informed the Commission and Ratepayers that the GREC Biomass Plant could convert to 100% Natural Gas. Although this comment later proved false, the ratepayers were never informed. 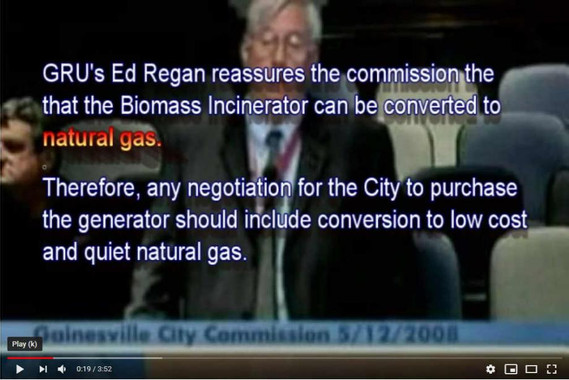 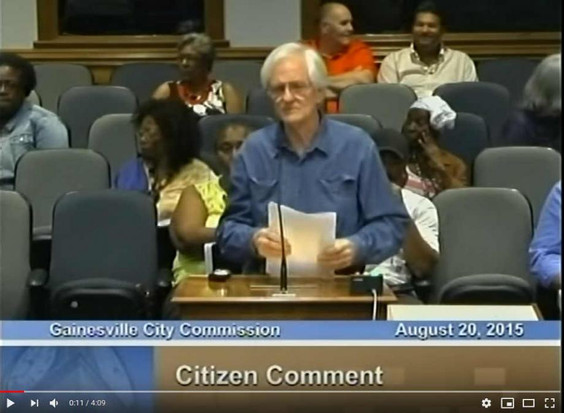 8/29/2015, Gainesville, Fl: Citizens protest GREC $3 Billion biomass contract particularly since the Obama administration determined that biomass generation is not carbon neutral. The protest was staged on the access road to the Best Western Gateway Grand hosting the Susan B. Anthony award where the guest of honor was former Gainesville Mayor, Pegeen Hanrahan, who used her liberal clout to convince crony commission members to vote for the GREC contract despite an impending fall in natural gas prices widely announced by the Dept. of Energy and presented to the commission during a public meeting by local attorney, Ray Washington 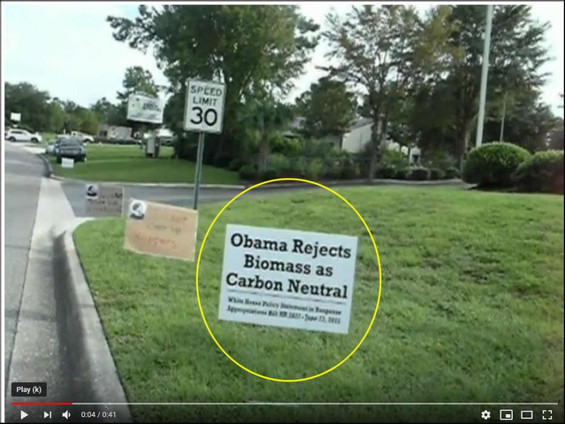 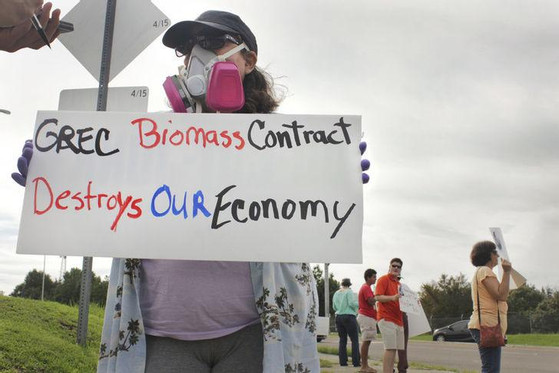 On Saturday morning, former Gainesville Mayor Pegeen Hanrahan arrived at the Best Western Gateway Grand Hotel to receive an award for her work in public office.

But before the ceremony, demonstrators stood down the street with signs in hand to protest the city’s biomass power plant and Hanrahan, the mayor who approved it.

“We don’t understand why Pegeen Hanrahan is getting this award when…(as) a commissioner and a mayor, (she) did not really protect our city,” said Gainesville resident Maria Parsons, wearing a gas mask and gloves as symbols of protection from the toxins she said the biomass plant emits.

With the presentation of the eponymous award, The Friends of Susan B. Anthony hailed Hanrahan as a civic activist, public servant and environmental advocate whose battle with breast cancer and the adversity she faced while in office made her a role model to all.

“(Hanrahan) has such a genuine love for the community and for the state, and it’s been reflected in a million organizational responsibilities in a civic life that every woman in this community could look at and model themselves after,” said Donna Waller, who presented the award.

Before noon, protesters waved signs and cheered at passing cars. To them, Hanrahan’s role as one of the seven city officials who approved the 30-year biomass contract with Gainesville Renewable Energy Center — which contributed to GRU rates being among the highest in the state — was not one that deserved an award.

Harold Saive, a protester outside the event, said the biomass harms the environment and is not environmentally sustainable.

“We cannot hope to replenish enough forest to make up for the current biomass that’s now being burnt,” the 72-year-old Gainesville resident said. “Our future is at risk.”

Hanrahan thanked those who supported her throughout her political career, but did not address the protesters outside. After the event, she said she did not see the protesters, who had left before the start of the ceremony.

“Many of the people who are continuing to try to keep (the biomass plant) as a point of contention are not people who were active in the (negotiating) process,” she said after the conclusion of the ceremony.

Hanrahan said she still supports the biomass plant, which she believes has become a flashpoint in city government that is hampering efforts to renegotiate the biomass contract with GREC.

“I think that if I were in a position of authority, I would work to try to find some changes in the contract or other concessions that would make sense,” she said. “I don’t think the sort of hostile atmosphere that’s been created is facilitating that though.”

Women and Public Office:
Tales and Trends from the Dais